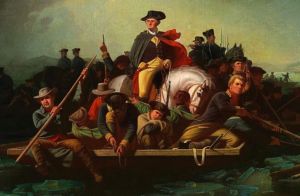 Great article, in my view (and I say this strongly and with conviction, and after reading tonnes of other articles about these types of things).

I’m very glad I took the time to fully read and highlight this article (probably “over”-highlighted). I found this piece to be an excellent, clearly written analysis of #QAnon, and all of the related communications protocols that have been implemented to take down (dissolve) the MSM, and how #Q (et al.) and the anon movement is doing this. Here’s one key point:

You construct an alternative channel to communicate with the public. Then you work with “volunteer propagandists” of good standing (i.e. people like me) to legitimise and publicise it — denuding the incumbent rival of its power to set the narrative.

Upgrades in Spiritual Belief System in the Fifth Dimension.

Posted on October 19, 2017 by muley12
Posted in Uncategorized | Leave a comment

More than one Vegas shooter, the evidence builds

Posted on October 3, 2017 by muley12
Posted in Uncategorized | Leave a comment

The Free Individual is greater than the State

This is a MUST read. Educate yourself and others.

Before you vaccinate, investigate, educate.

You Have the Right To Be A Dumb Ass

All of this hoopla this past week in Charlottesville, VA has got me thinking.

Basically it all started with this favorite radio/podcast host I have. This gentleman and his wife were driving up in Maine when a pickup truck drove past them with Confederate flags flying from the rear of their truck. This host, and his wife were offended by the flying of the Confederate flags, and pulled into a store parking lot to confront the folks in the truck. The radio/podcast host and his wife told the couple in the truck that they were offended by their flying of the Confederate flag which they saw as being racist in nature. They were summarily flipped off by the couple in the truck, and a short verbal confrontation occurred.

As I listened to this tale, I was thinking to myself “Well the Confederate flag is a symbol, and symbols mean different things to different people. Their anger may be justified, but maybe my radio host and his wife were a little out of line.”

But then I thought some more, “What if they were flying a Nazi flag instead of a Confederate flag from the back of their pickup truck?” This flag has definite racial meanings to it. Should I, or anyone else confront them to say that they are offended? Should there be a LAW that states that the Nazi flag not be flown by anyone in public?

This censorship of offensive material is a very slippery slope. The First Amendment to the Constitution states that no laws shall be passed to restrict the right of free speech of American citizens. Citizens also have a right to disagree with what others say. There is a right to express yourself, whether it be a Nazi Flag, Confederate Flag, or whether you have a Christmas tree. The Constitution does not give you the right to bash, pummel, or kill anyone who you disagree with, or who you feel offended by.

If you give the government, or anyone the power to censor Nazi Flags, Confederate Flags, statues of Robert E. Lee, etc. you are opening a Pandora’s box. This is opening a door to anything, and everything being censored that someone, (or the government, who the Constitution is really protecting us from) finds offensive.

We all need to grow a thicker skin. Dumb asses fly Confederate flags in Maine, or wear Nazi gear for one reason; to piss people off. These dumb asses get off on doing that. Don’t play into their game and add more anger which they feed off of. The best way to handle dumb asses is simply to ignore them

Allow dumb asses to be dumb asses as long as they are not violent dumb asses. The Constitution allows everyone who wants to be a dumb ass to be one.